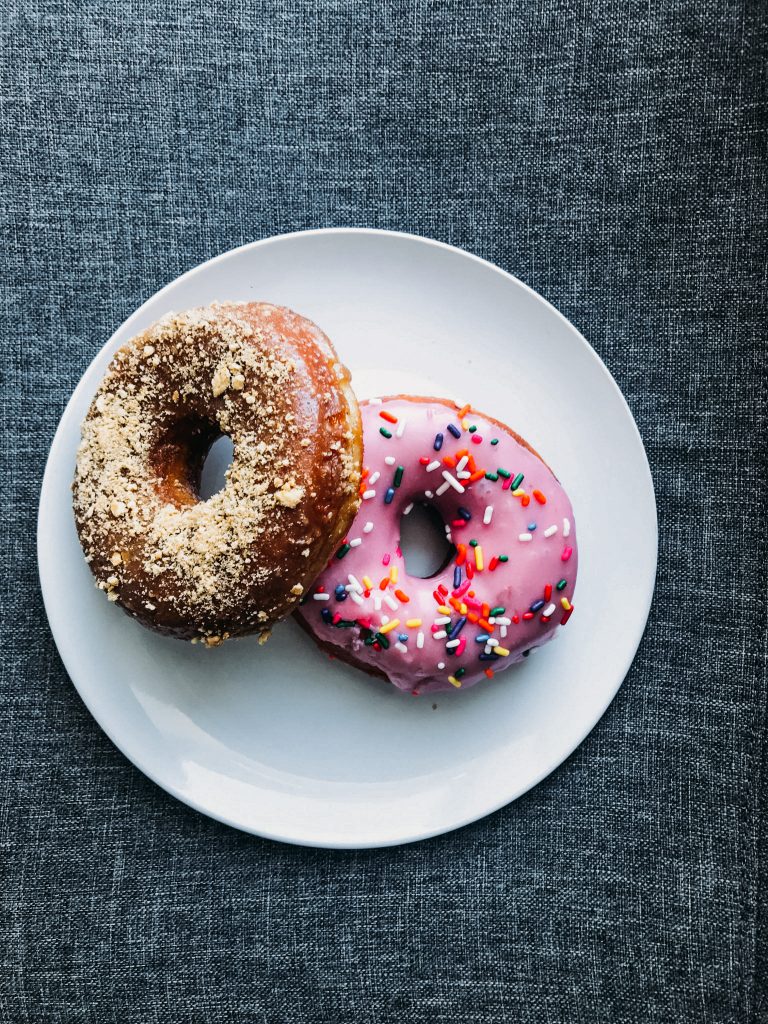 Did you know that National “Doughnut” Day, was created by The Salvation Army in 1938 to honor those who served donuts to soldiers during World War I? Too bad there were no vegan options back then!

Dun-Well, an all-vegan bakery, has been a neighborhood staple for nearly a decade and boasts a rotating list of 200 donut varieties *mind blown* as well as ice cream and French-press coffee… Show off!

A giant donut mural welcomes you upon arrival and an antique wooden case full of 19 rows of donut goodness (yes, I counted) are calling your name. You’ll be met with a variety, ranging from maple French toast (think: cinnamon toast crunch sprinkled on top) and maple raspberry pie to lemon cookie and blueberry pistachio, but that’s not even the half of it. Come on another day and you might be met by a caramel glazed donut topped with kettle corn and chocolate drizzle…No, seriously. Look!

here’s what i ordered

With a pastry like that, it’s easy to see how this place is considered to have the best vegan donuts in Brooklyn, New York. Ordering was the hardest part for me. After five minutes of not knowing what to go with, I finally chose the strawberry sprinkle donut, for something traditional, and the maple French toast, for something a little different. They were both incredible, but my favorite of the two was the maple French toast. It was airy and fluffy, coated in glazed maple goodness and packed with a flavorful cinnamon punch… Or dare I say, cinnamon crunch. The crushed up pieces of cereal on top added a slight crispiness that was a welcomed surprise.

Hand-made fresh daily, with organic ingredients, everything on Dun-Well’s menu is free of animal or animal derived ingredients. What’s more, this shop has locally roasted coffee, as they partner with Brooklyn Roasting Company to give customers their caffeine fix. Since you’ll need something to wash your confections down with, you ought to order a beverage. There are some good pickings like the horchata, the iced lavender milk tea, and espresso galore.

Located directly across the street from the L train by the Montrose Avenue Station, this donut shop makes the perfect grab and go breakfast before work or as an afternoon treat. Here’s where to find Dun-Well Doughnuts.

Right now, Dun-Well Doughnuts is open for take-out only and delivery through DoorDash. However, when they offer indoor seating again, there are benches inside where you can enjoy music from the good old days that seems to be coming from an old wooden jukebox. I think it’s safe to file Dun-Well Doughnuts under one of the best vegan bakeries in Brooklyn. Are you into vegan donuts? Drop me a comment and let me know your experience with them! 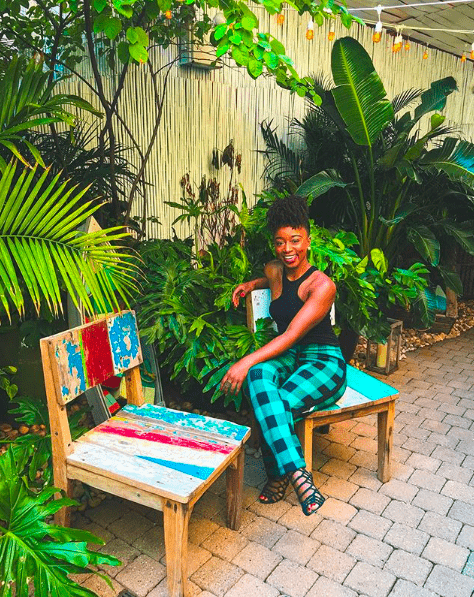 where to celebrate cinco de mayo in syracuse, New York

a taste of bayberry beer hall in providence, Rhode Island